Crover House is an award winning 4 star hotel with 44 en-suite bedrooms that was built in the 18th century. Nestled in the most beautiful Irish countryside in county Cavan, Crover is set in peaceful and idyllic surroundings on the shores of Lough Sheelin and is conveniently located only a stones throw from Dublin and the border counties.

First constructed in 1759 by the Maxwell family who were one of the largest landowners and political power brokers in Cavan. In fact they were one of the largest land owners in Ireland. Crover has a fascinating history serving as a country estate to prestigious lords, barons and colonels until 1957 when Crover House opened its doors as a hotel. This Georgian manor house purchased by the O’Reilly family in 1992 majestically sits on the private shores of Lough Sheelin, exudes elegance and class with breath-taking views of the historic lake and 41 acres of meticulously landscaped grounds. The house provides an intimate and tranquil setting for spectacular weddings, romantic getaways, golfing, fishing and much more.

The first part of Crover House was constructed in 1759 by Reverend James Henry Maxwell, Dean of Kilmore. He later became the Bishop of Meath.
1863
1863 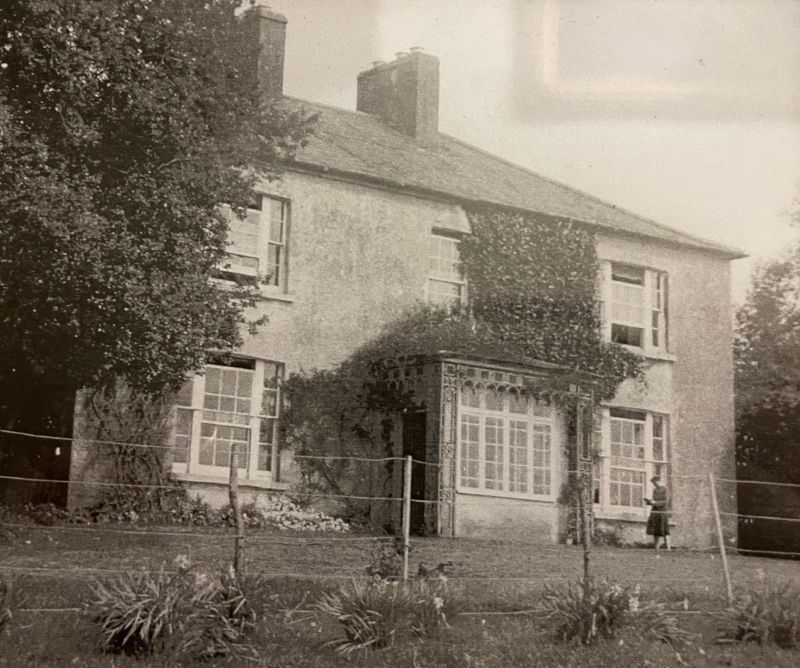 It has been suggested that the present Crover House was built in 1867 by Henry Maxwell, seventh Baron Farnham, whose wife was Anna Frances, daughter of Lord Le Despencer. The Maxwell family (and in particular the head of the family, Lord Farnham) were the biggest landowners and political power brokers in Cavan. In fact, they were one of the largest landowners in Ireland. The house consisted of eight bedrooms and three bathrooms upstairs, two stairways (so that the servants did not have to meet the occupants), a kitchen, sitting room and downstairs bathroom, along with a drawing room. The outbuildings consisted of a stable, piggery and barn, together with cow and potato sheds. By the nineteenth century, the Maxwells owned 28,000 acres of land in Cavan.
1928
1928

George W. Frazer became the tenant. At this time, the property was described as embracing house and office together with 71 acres, 1 road and 9 perches with a rateable valuation of £84.1.0.
1935
1935

The Phibbs family farmed the land with an emphasis on equine activities.
1943
1943

The Gage family were similar in activities to the Phibbs family and also rode to the hunt.
1951
1951 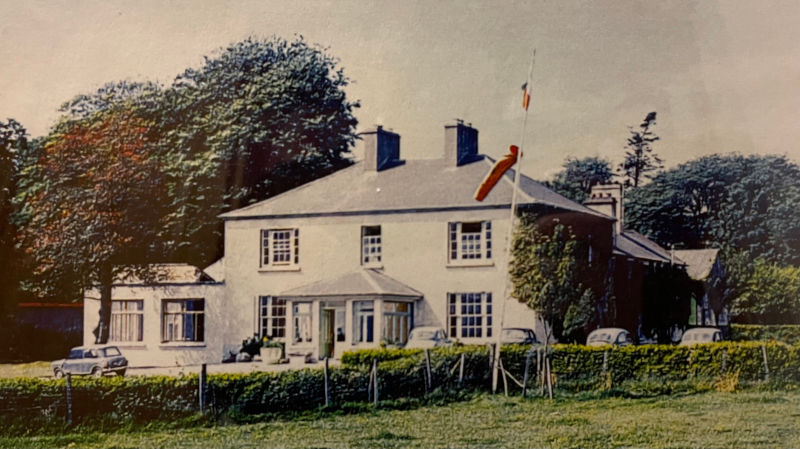 Crover House was bought by Major Harbin, a British army officer, who carried on building and farming the land. His wife was a member of the Duc De Stackpoole Family.
1955
1955 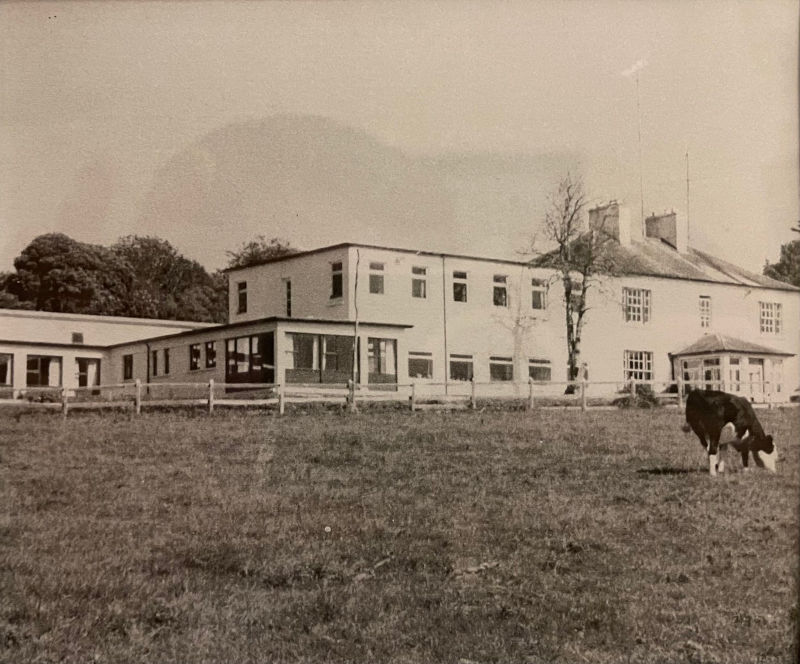 Crover and the land attached to it was then bought by Vincent Matthews and his wife Anita in 1955. They changed it in to a hotel in 1957. They sold and rented some of the land. Over the years, Vincent built on to the hotel. The hotel consisted of fourteen bedrooms, kitchen, a ballroom and two bars (the Front Bar and the Boat Bar). The first Wedding that ever took place in Crover House Hotel was Majo and Cecil Kiernan on December 28th 1957.
1992
1992 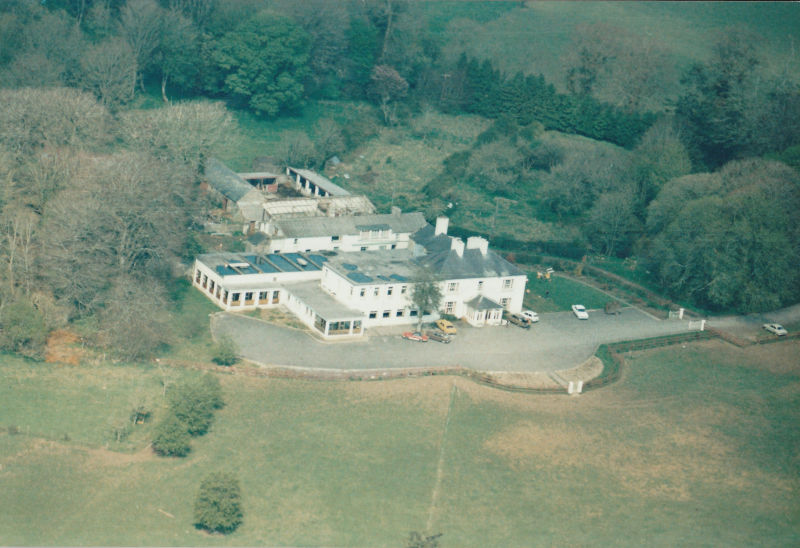 The O’Reilly family bought Crover House Hotel in 1992. The family also own a collection of International Businesses including Restaurants and Hotel Bars in New York City and the Gold Coast of Long Island.

Endeavouring to make Crover House one of the finest Hotels in Cavan, the O’Reilly’s built an inspiring twenty-eight bedroom extension, a beautiful chalet overlooking the magnificent Lough Sheelin, as well as an executive golf course and members lounge, creating a stately venue that delivers not only elegant accommodation and spectacular views of the Cavan countryside, but also a peaceful location that offers tranquility and serenity to its many visitors and guests.

Book Now
Call Us
Find Us
We use cookies on our website to give you the most relevant experience by remembering your preferences and repeat visits. By clicking “Accept”, you consent to the use of ALL the cookies.
Cookie settings Read More ACCEPT
Manage consent

This website uses cookies to improve your experience while you navigate through the website. Out of these, the cookies that are categorized as necessary are stored on your browser as they are essential for the working of basic functionalities of the website. We also use third-party cookies that help us analyze and understand how you use this website. These cookies will be stored in your browser only with your consent. You also have the option to opt-out of these cookies. But opting out of some of these cookies may affect your browsing experience.
Necessary Always Enabled
Necessary cookies are absolutely essential for the website to function properly. This category only includes cookies that ensures basic functionalities and security features of the website. These cookies do not store any personal information.
Functional
Functional cookies help to perform certain functionalities like sharing the content of the website on social media platforms, collect feedbacks, and other third-party features.
Performance
Performance cookies are used to understand and analyze the key performance indexes of the website which helps in delivering a better user experience for the visitors.
Analytics
Analytical cookies are used to understand how visitors interact with the website. These cookies help provide information on metrics the number of visitors, bounce rate, traffic source, etc.
Advertisement
Advertisement cookies are used to provide visitors with relevant ads and marketing campaigns. These cookies track visitors across websites and collect information to provide customized ads.
Others
Other uncategorized cookies are those that are being analyzed and have not been classified into a category as yet.
SAVE & ACCEPT
Powered by